This receipt was one of many my great-grandfather Gee Sawyer kept tucked away in a trunk at his farmhouse in Warrensburg, TN. It answers a question I had for many years about one of his nieces, Delaney Sawyer.

Delaney Sawyer was born about 1878 to Gee's brother Jake Sawyer and his wife, Sarah Elizabeth Fox. She appears with them on the 1880 census, living across the Nolichucky River in Cocke County with one younger sister. There are no further public records for her. She is not recorded in any local cemetery. No marriage records have been found. There were notes in Gee's chest indicating his older brother William had taken guardianship of Jake's children after Sarah died in 1884.

William, who never married, served as the head of the family once his father died. In 1880 his widowed and paralyzed mother was living with him, as was a widowed sister and her children, and Gee, his youngest brother.

This receipt from Maloney Brothers (one of two stores in Warrensburg) confirms William's guardianship of Delaney and tells me she died in March, 1893. Her mother and Sawyer grandparents were buried at Josephs Chapel in Cocke County so she may have been buried there. With whatever was needed for burial purposes.

The story of my great-uncle Herbert Sawyer's death was too gruesome not to share. And far too gruesome not to remember. He died young. Before my mother was born. Before his younger siblings were fully grown and came to know him as adults. Thus what we and our parents heard about Herbert growing up was little more than the tale of his death. And that his nephew Bob, Jr. resembled him. Which is an understatement. But what a tale. His youngest sister told me Herbert was a bit of a hypochondriac, implying he would have lived if he'd only skipped the dentist. I asked her what they did for toothaches and she answered. "Pliers." I don't doubt her, but I can't blame Herbert for seeking an alternative.
My mother suspected he was given too much ether and, in an effort to reassure me, said he received grossly inadequate care by modern standards. But this was 1923 in a small town in East Tennessee. Modern dental care was still to come. The newspaper speculated he died of strangulation. Which leads back to inadequate care. Because if you are performing dental surgery on someone you ought to at least notice them choking.
Whatever happened, his family mourned their son and brother. And eventually came to treat his death as a great, if tragic, story. Which they shared with relish. Until my mother realized I was going to need extensive dental work. Under anesthesia. And shut down all mention of Uncle Herbert in my presence.
I hate going to the dentist.

Aunt Emma Got Hold of the Camera

Two words I heard whenever I was with my great (very, truly great) aunt Mary Kathryn McKenzie (aka Sister) were frolics and fooling. She was my grandfather's youngest sister, the 9th of ten children. As such she spent many years both checking in on her older sisters and younger brother who lived on the family farm. She eventually moved back home to care for them. She and they laughed. All. The. Time.

I am going through their photo albums now and laughing, as well. Aunt Emma Sawyer had a wicked tendency to shoot pictures of her sister regardless of what she was doing. And to keep them. All those "looks" she received from Sister were surely followed by laughter from both of them.

I am convinced my grandmother Iva Williams Sawyer (1900-1993) was one of the most photographed children her age in all of East Tennessee. I've shared a couple photos of her as a very young child and several of her as a young woman. But these newly scanned photos seal the deal. She was named Iva Belle, but grew to hate her middle name. She used Beverly on the rare occasions she used anything other than her maiden name as an adult. 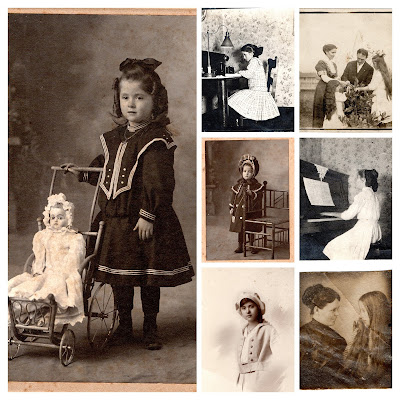 Clockwise from the top center, Iva studying (note the telephone on the desk): Iva (on right) with her uncle, Judson McAdams, aunt, Alice Deacon McAdams, and cousin, Merle McAdams; Iva at the piano; Iva and her cousin Mary D. Williams who lived with them when Iva was a girl; Iva in a tam; Iva as a toddler with a doll and carriage (and ringlets!!); and Iva as a toddler in coat and bonnet.
I have to wonder if her elder brothers were as well documented. Iva didn't have any portraits of them as boys beyond one of her brother Earl.

One of the (mixed) blessings of being the family historian is ending up with thousands of photographs, some originally belonging to people I neither knew nor was related to. My father's sister had most of her family photos and records. She also had some photos that originally belonged to her mother-in-law.
Marianna (Mary) Kowalczyk was born in Gaczyska, Poland about 1892, a daughter of Franciszek Kowalczyk and Rozalia Mydlo. She married John Wiktorek after emigrating to the United States and had four sons - including her son Tony who was wise enough to marry my aunt Rose. She died in Johnson City, New York in 1985. These are photographs of her Kowalczyk family in Poland. A few are labeled. In Polish. Not a language I can decipher especially well.
I share them hoping her family may find them here. I will be glad to provide what information is on the back of the photos upon request. With luck I can forward these on to someone for whom these will have more meaning. Though I do adore seeing them. 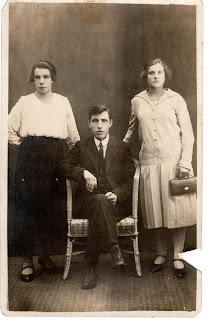 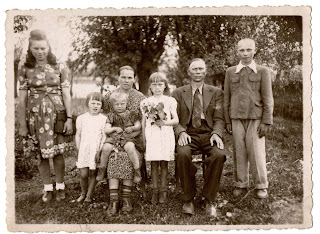 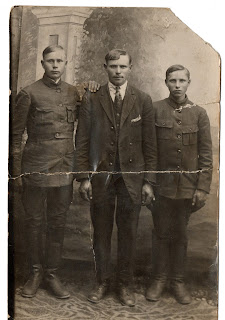 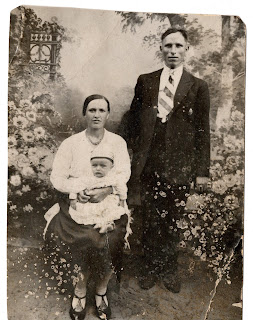 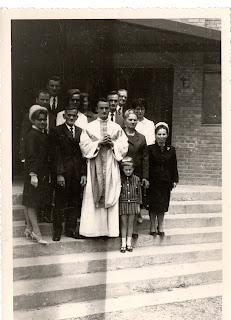 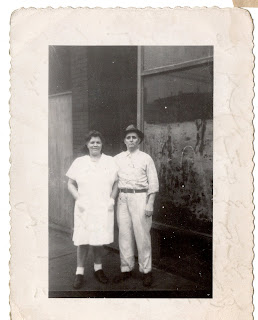 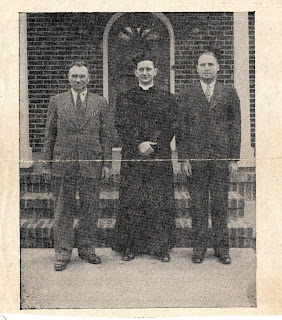 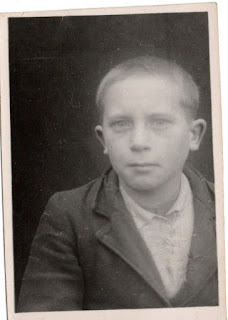 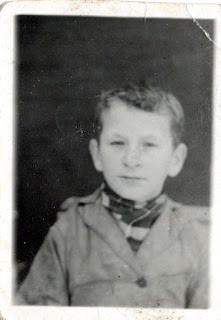 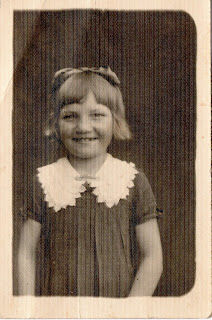 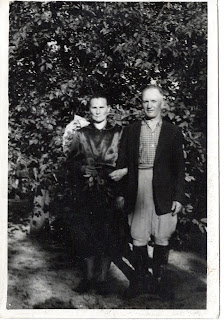 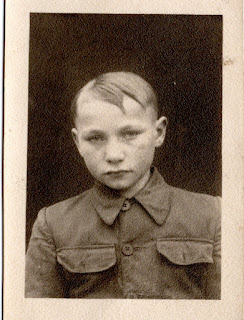 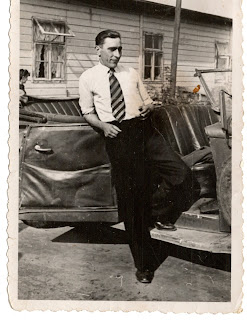 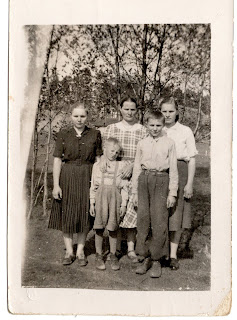 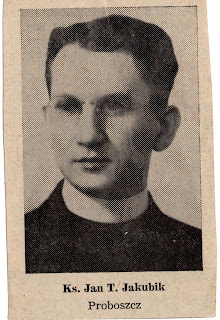 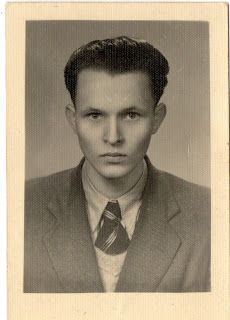