Amy Johnson Crow has issued a challenge to genealogy bloggers to write about an ancestor a week during 2014 on her blog No Story Too Small. We'll see how close I get to hitting her number!

I am starting with my great-grandmother Catherine Conway Sawyer - the Nolichuckiest of my Nolichucky Roots. Catherine Pearlina was born 3 February 1865 to Porter and Eleanor Holt Conway at Conway's Ferry on a bend of the Nolichucky River in Cocke County, Tennessee. She was, you will notice, born near the end of the Civil War leading me to believe her children's assertion that her father did not fight during the War. Another post, but not so! 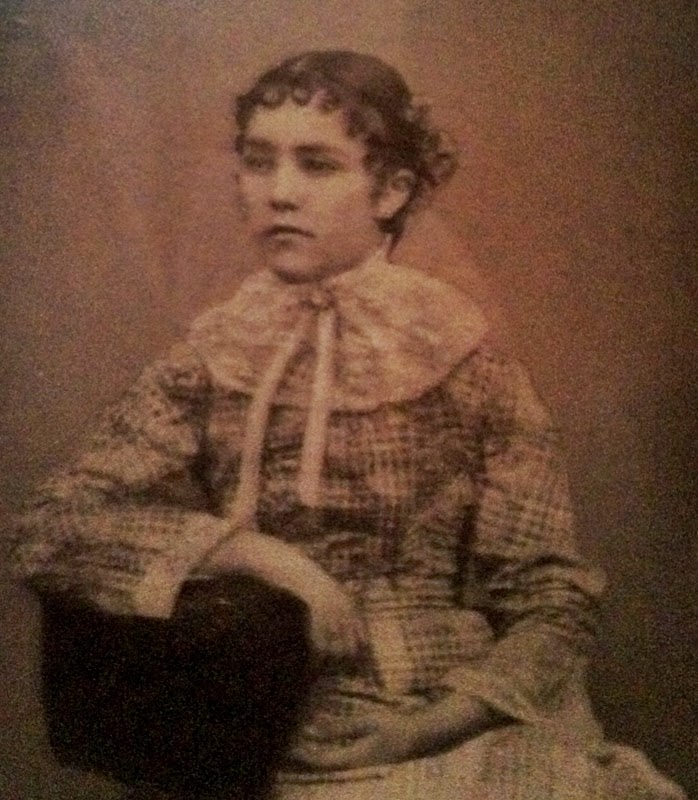 As a girl she ran the ferry from her father's farm across the river to Warrensburg in Greene County. Somewhere on one of those trips she must have met Jehu Stokely  "Gee" Sawyer. They were married two days before Christmas in 1886 and settled into the house he built in Warrensburg along the Nolichucky River. 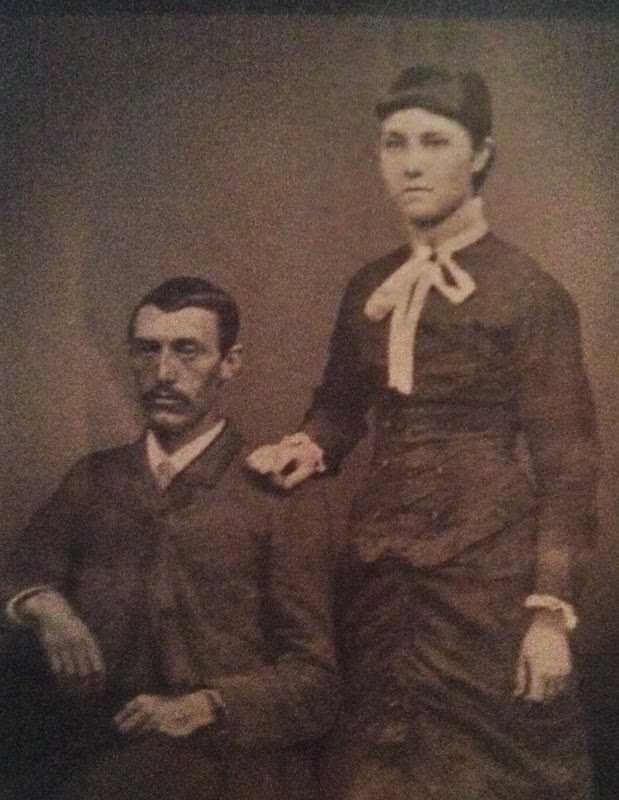 Gee and Catherine had 10 surviving children from 1887 to 1909. The household was full of life, laughter and probably more than a few pillows flying through the air. Catherine's children and grandchildren describe a mother rarely flustered, rarely still, and often laughing. She had plenty to laugh at. Merely traveling by the house put one at risk from projectiles flying from one of the trees, roof or windows. She was a legendary cook, quilter and seamstress. Her youngest daughter's first memories were of being leashed to her mother's sewing machine while the older children frolicked. Frolicking was a favored pastime. I've often wondered if Catherine was trying to protect her toddler daughter from her older brothers, keep her from wandering off, or was too absent minded to keep track of her while sewing. Or all of the above.

I have no photographs of Catherine from the time of her marriage until her daughters got their first camera around the time of World War I. Even then photos are scarce. One reason might be she never stood still long enough to get a shot. Here's what I found when I looked through the photo albums. 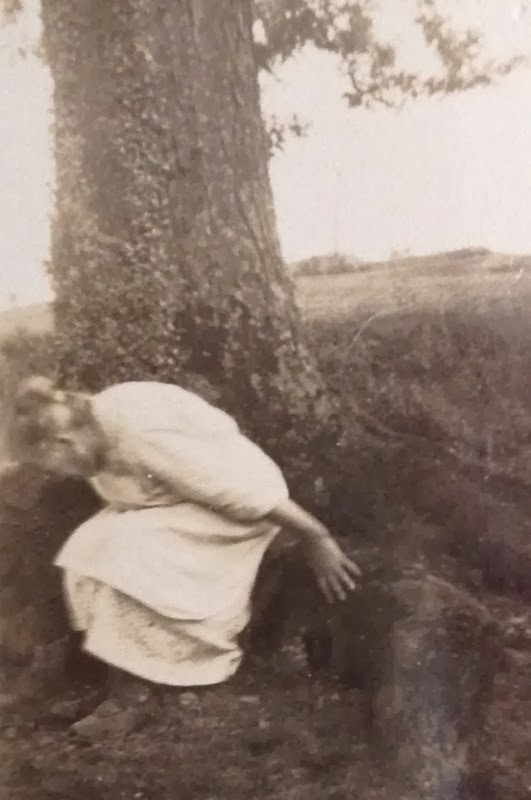 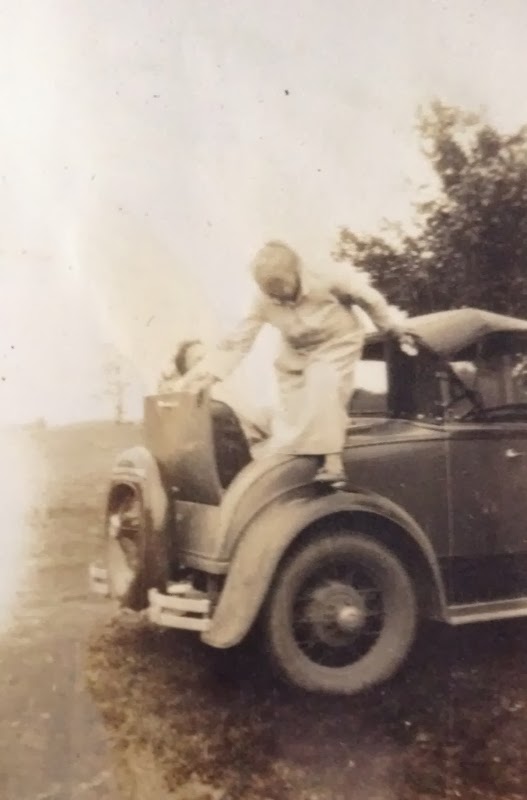 And finally, this with her daughter and granddaughter in 1929. 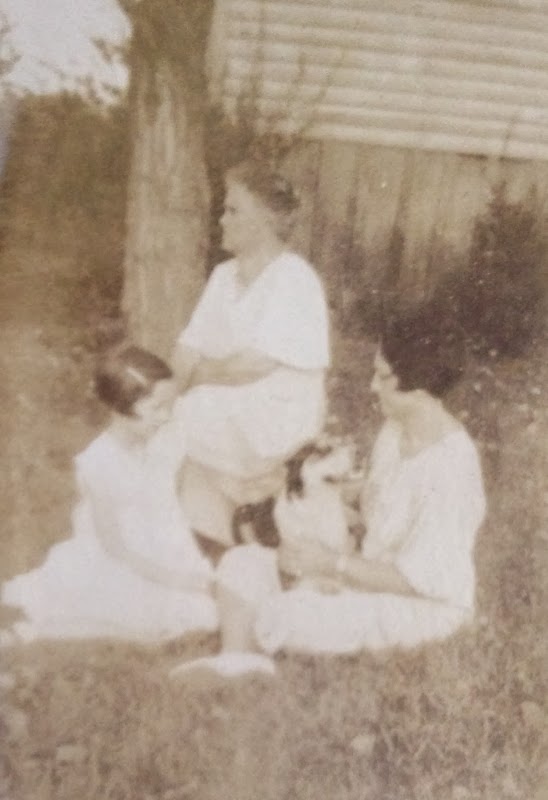 Catherine was widowed in 1940 and died 2 March 1943 in Warrensburg. She lived her entire life within yards of the Nolichucky. She is buried in Oak Grove Cemetery in Greeneville, TN. I never heard anyone mention her name or tell any story about her without a huge grin on their face. She brings a smile to mine every time I think of her.